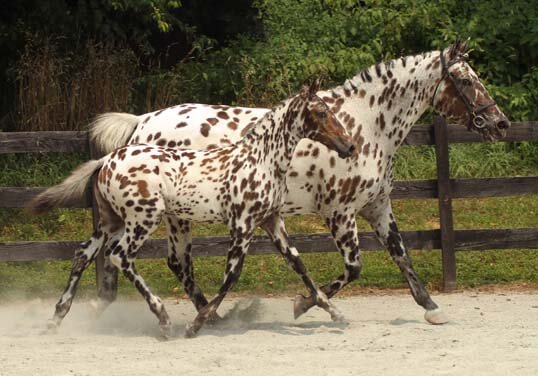 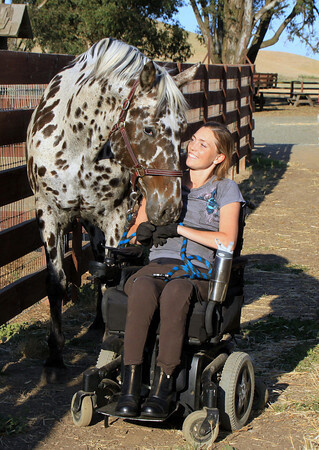 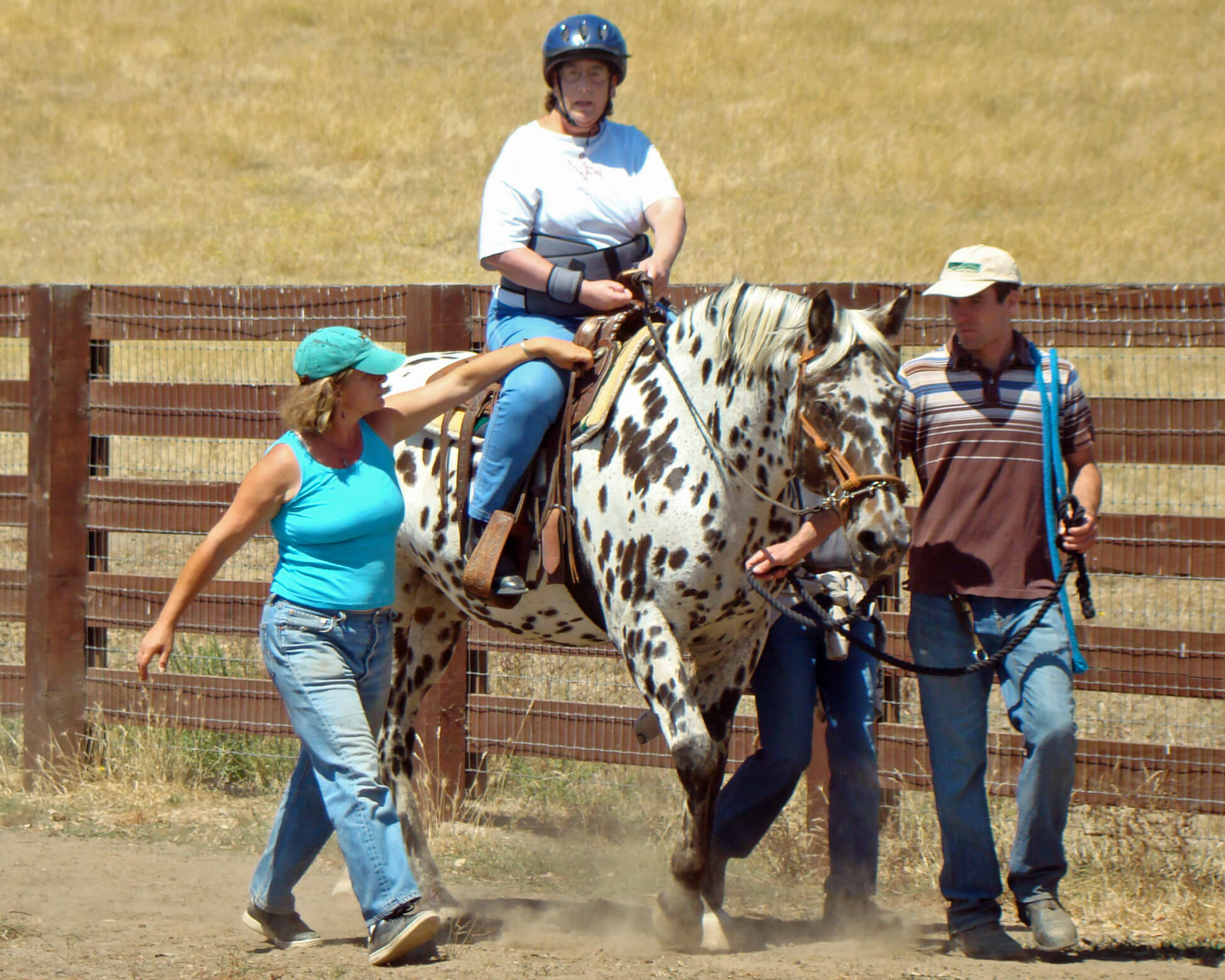 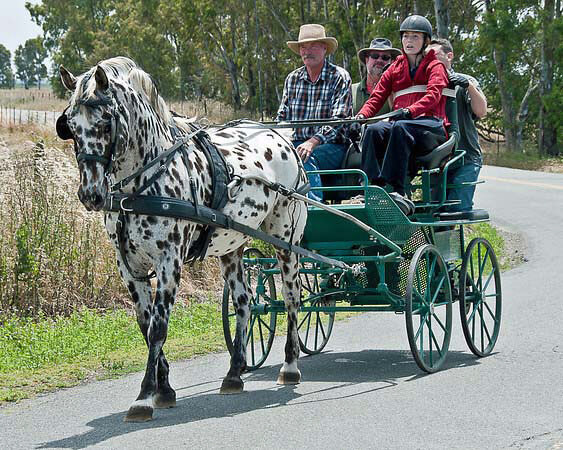 The 2001 Horsedrawn Journey Across America literally put the Stonewall Sporthorse “on the map”, all the way from California to Washington DC. This epic transcontinental trek was led by three daughters of Stonewall Sporthorse Superior Producer, Stonewall Crystal, a 1981 black leopard daughter of 1967 National Champion Crystal Curtain.

Stonewall Scarlett descends from both of these mares, and is a powerful influence in the Stonewall Studbook today. All the leopard horses in our current stable have Stonewall Scarlett as granddam or great granddam. There are others from coast to coast across North America.

Stonewall Scarlett has also proven to be an exceptional producer in her own right. She is the dam of: Stonewall Fantasia, 2005 whiteborn mare by *Atlantis. In 2007, she produced the tri-colored leopard filly, Arcadia de Bec by *Atlantis. The whiteborn stallion Magique de Bec came next in 2009, followed by the black leopard gelding Destrier de Bec in 2010. Both colts were also by *Atlantis.

After returning to work in Equine Facilitated Therapy, Scarlett was sent to Florida where she produced the leopard filly RTD’s DreamsComingTrue in 2017 by the sporthorse stallion Rorschach’s Hextatic. She is back in foal, hale and hearty, at age 22.

The powerful impact of Stonewall Scarlett on the Stonewall Studbook will be felt for years to come. Her bloodline continues to grow and thrive across North America. 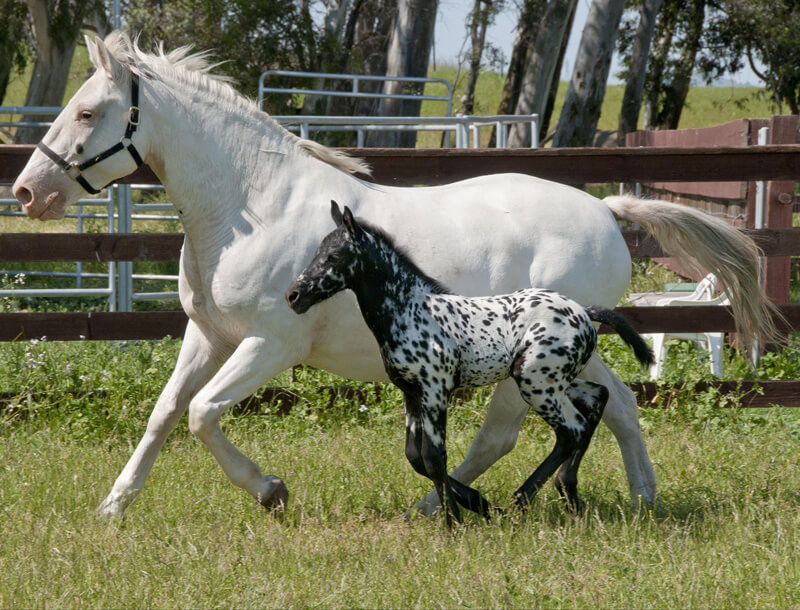 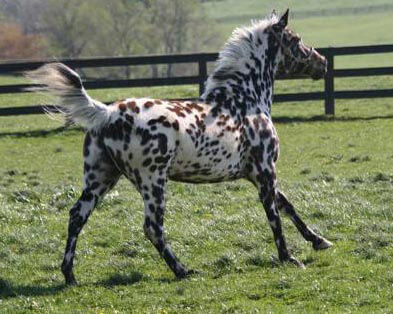 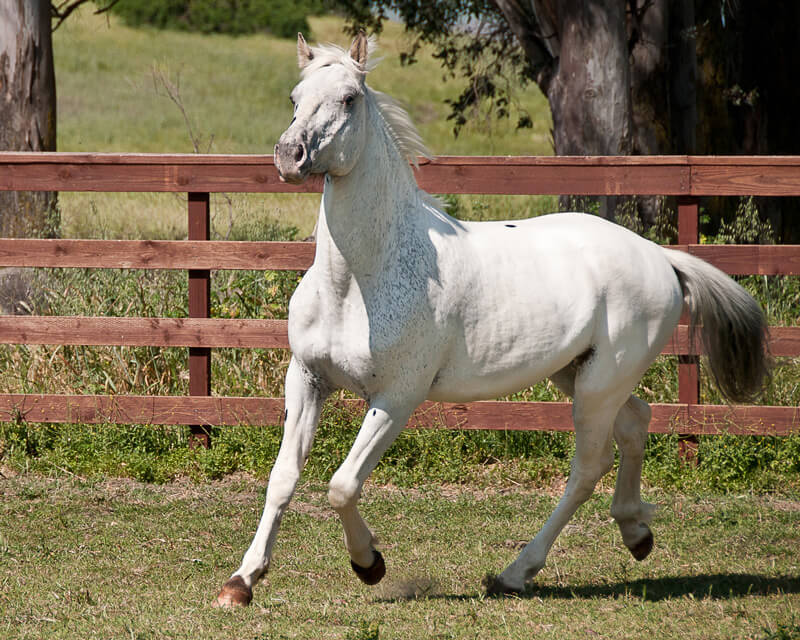 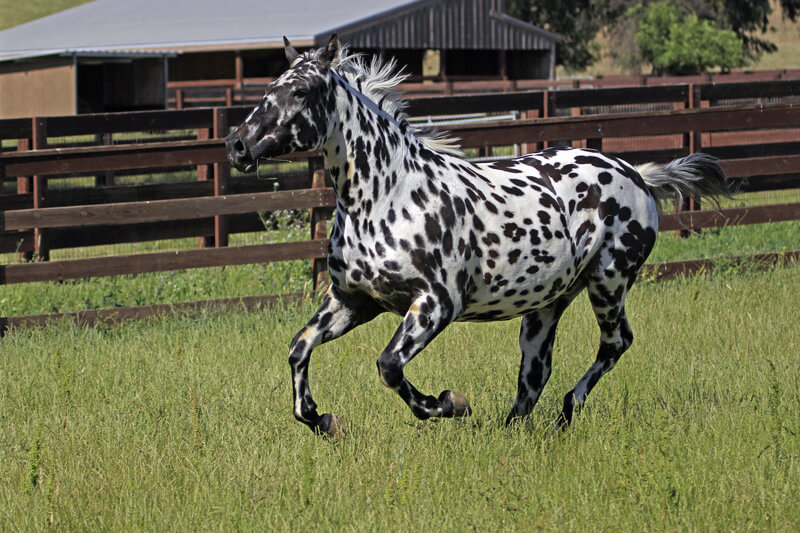 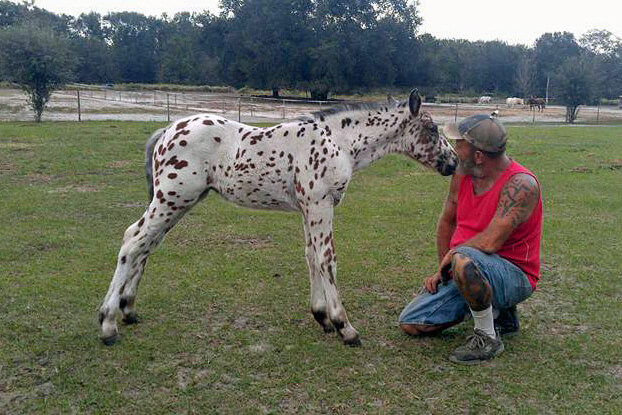