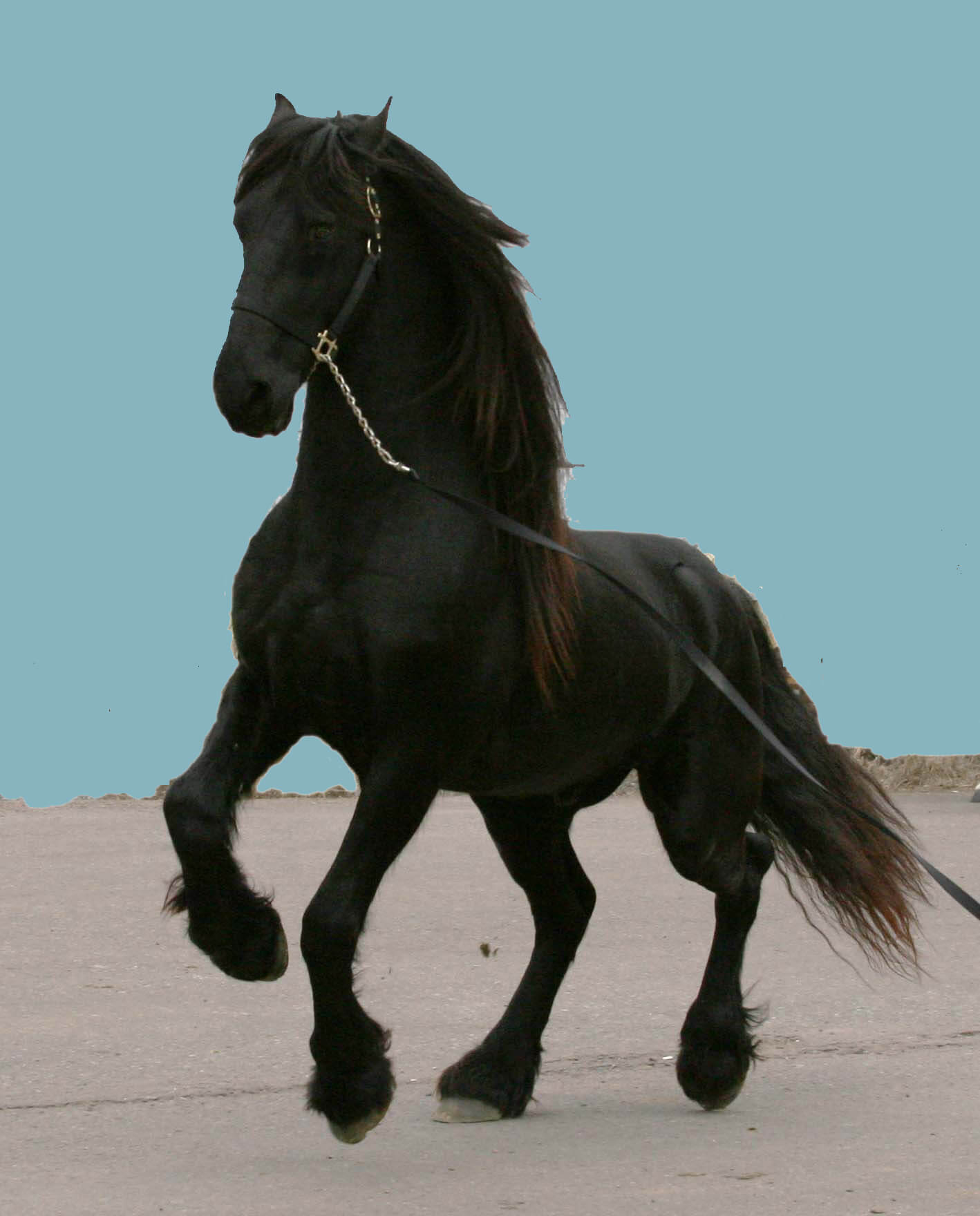 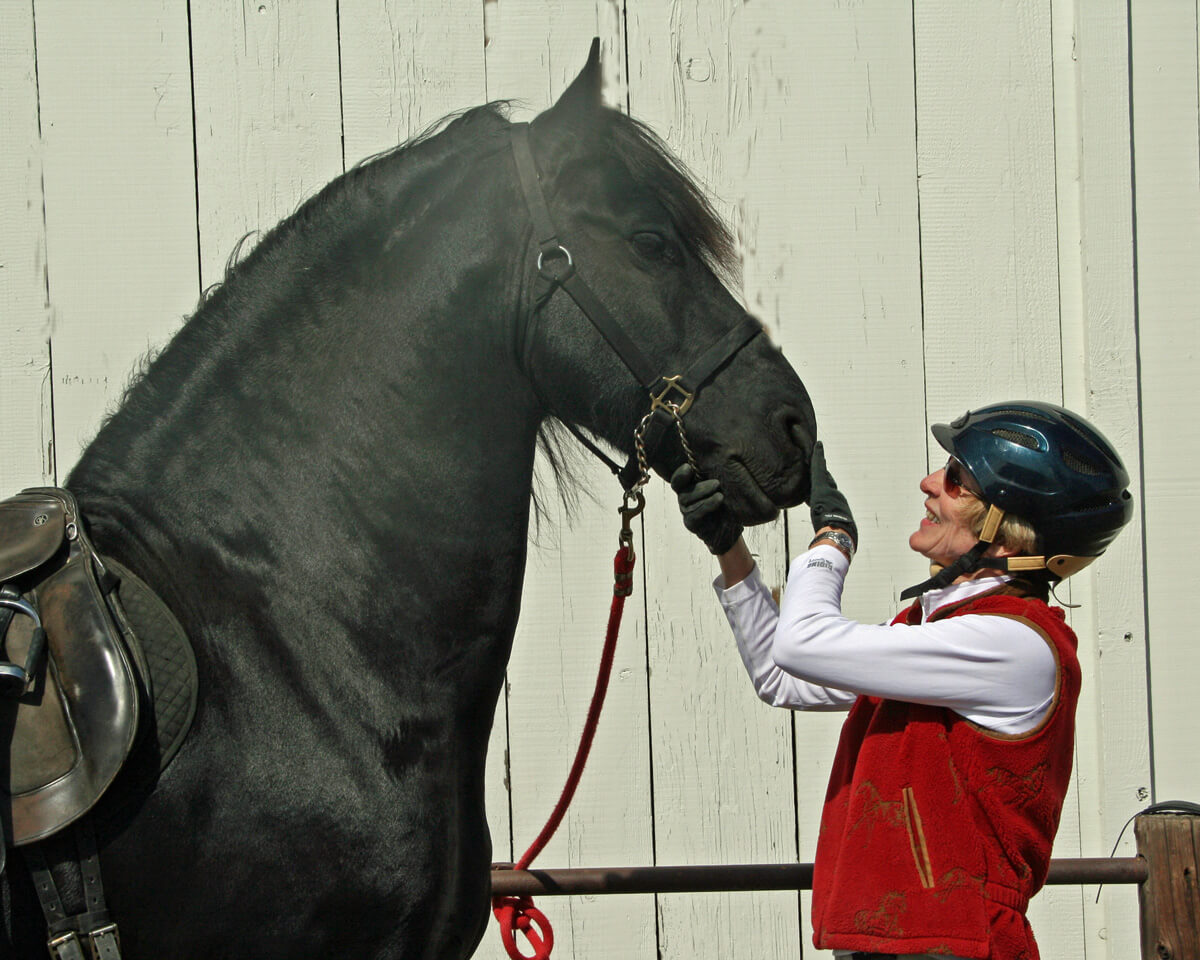 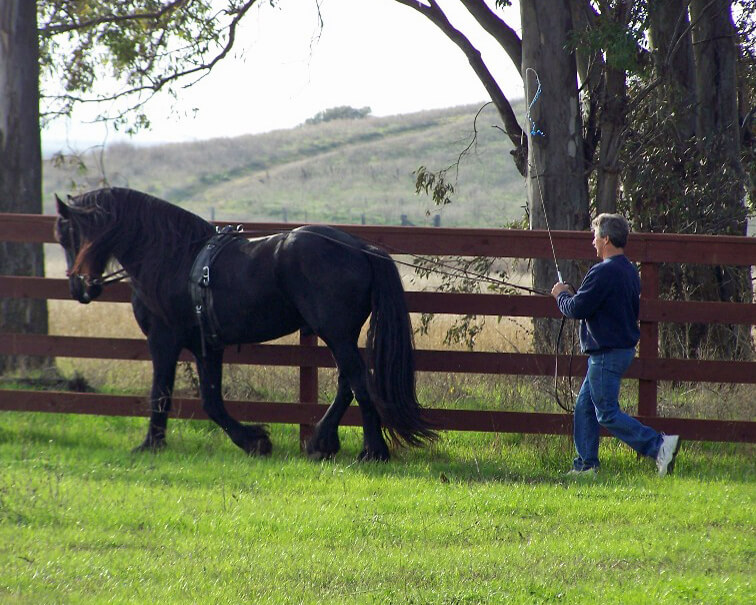 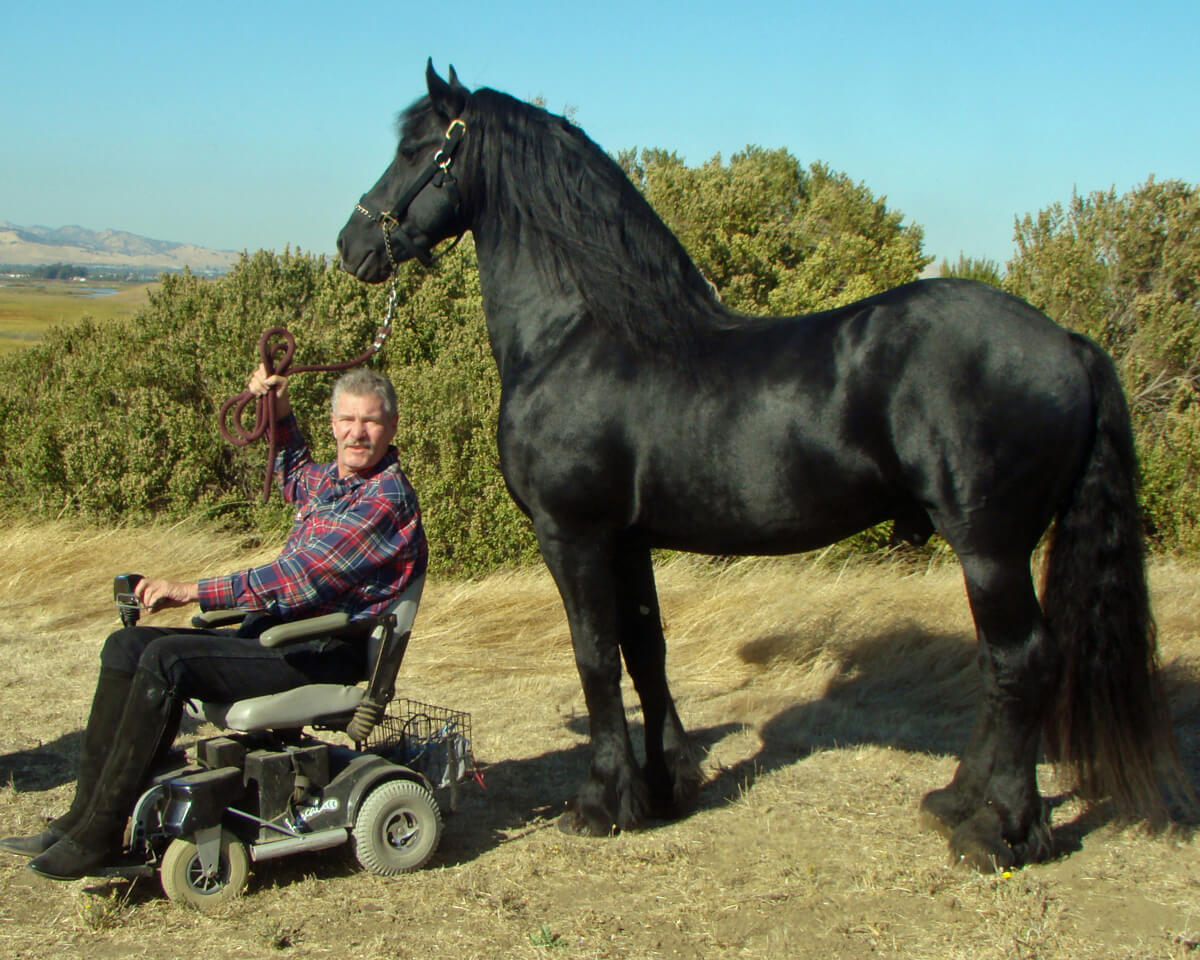 The majority of horses we have bred in the Stonewall Studbook in the last decade are sired by the imported Friesian stallion Apollo*, recorded in the Netherlands as Gooitzen f’ant Wyldpaed. This exciting horse was first noticed at the influential National Stallion Show as a three year old and subsequently exported to the United States, to Kansas. We first heard about Apollo from our good friend Ann Hamilton in Texas, a veteran of our 2001 Horsedrawn Journey Across America.

Ann raved about the good service she got shipping semen, and thought the stallion would appeal to me. She knew I liked a certain expressive profile and self-carriage, with animated movement, and a robust, correct conformation. Apollo* fit the bill. We ordered shipped semen in 2008 for Stonewall Fantasia’s first foal.

Later that year, John and Mary Lou Fazel and I attended the annual meeting of the American Discovery Trail Society held in Castle Rock, Colorado. John and I sit on the Discovery Trail board of directors. After I’d had my fill of meetings, I turned to Mary Lou and said, “You know, Kansas is just next door… let’s go see Apollo.”

Road Trip! We were outta there!

We highballed it across the eastern slope of the Rocky Mountains into Kansas to the little town of Goodland, the improbable home of an imported Dutch stallion.

We met Apollo’s owner, John Eisenbart, and enjoyed working with the impressive stallion on the ground. I have done some of my driving training in Europe, and used a few words of Dutch while longeing the mighty black stallion. John seemed impressed that Apollo worked so well for me and called his wife to come watch. I was very enamored of this magnificent horse and proposed bringing him to California.

It wasn’t long before Apollo arrived at our Rush Ranch headquarters where he was the principal stallion we used over the next four years. We bred dozens of foals by this outstanding sire, much pleased with their consistent quality, correctness, expressive movement and beauty. We have retained three of Apollo’s exceptional daughters for our small, select band of mares.

Apollo* later shipped to Minnesota to stand at stud where he tragically died from a severe bout of colic. We mourn his loss, but celebrate his stunning impact on the Stonewall Studbook, and the reputation of our horses in competition.