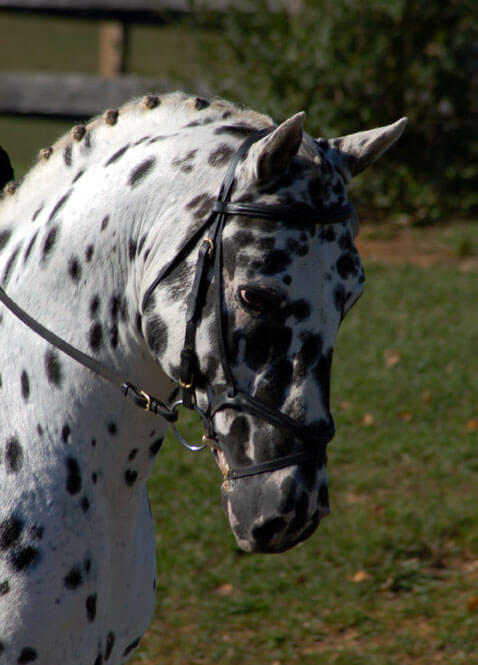 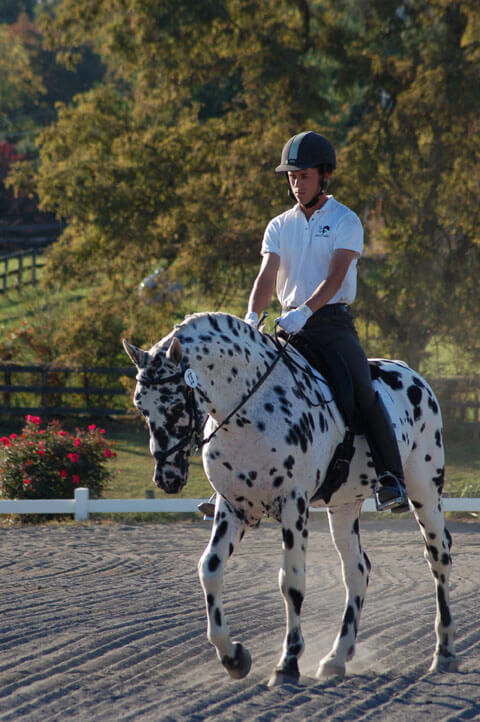 In our neverending quest to breed the ideal Stonewall Sporthorse, we seek new bloodlines to increase genetic diversity, promote hybrid vigor and bring desired qualities into our unique, successful and sought-after line of horses. The Knabstrupper breed was first established in Denmark in 1812, but spotted horses were bred there as early as 1671, with a royal history and well documented service as warhorses, in classical dressage and as driving horses.

The modern Knabstrupper horses have been infused with Trakehner and other European Warmbloods. The famous stallion Apollon became the first colored stallion to pass the rigorous hundred day stallion testing in Germany, earning a worldwide breeding license. In 2003, Apollon’s grandson, Ambrosius af Asgard became the first Knabstrupper stallion imported to America in modern times. He is known in the United States as *Atlantis.

In the past decade, two stallions have made a significant impact in shaping the modern Stonewall Sporthorse. They are *Atlantis and the imported Friesian stallion *Apollo.

*Atlantis was imported from Germany by Ashbyrne Mitchell of Bec Stud in Virginia. In seeking appropriate mares to breed to this exciting young stallion, Ashbyrne acquired the Stonewall Sporthorse mare Stonewall Scarlett. In 2005, her first foal, a whiteborn filly called “Avalanche” came into the world. Under the terms of Scarlett’s sale agreement, this filly returned West to Stonewall Stud and was registered as Stonewall Fantasia.

Through Stonewall Fantasia and her full brother Magique de Bec, all six of the leopard horses in our current stable, and others across North America, descend from the Knabstrupper stallion *Atlantis. His influence is reflected beyond their brightly spotted coats to a growing record of success in classical dressage, jumping, eventing and combined driving. 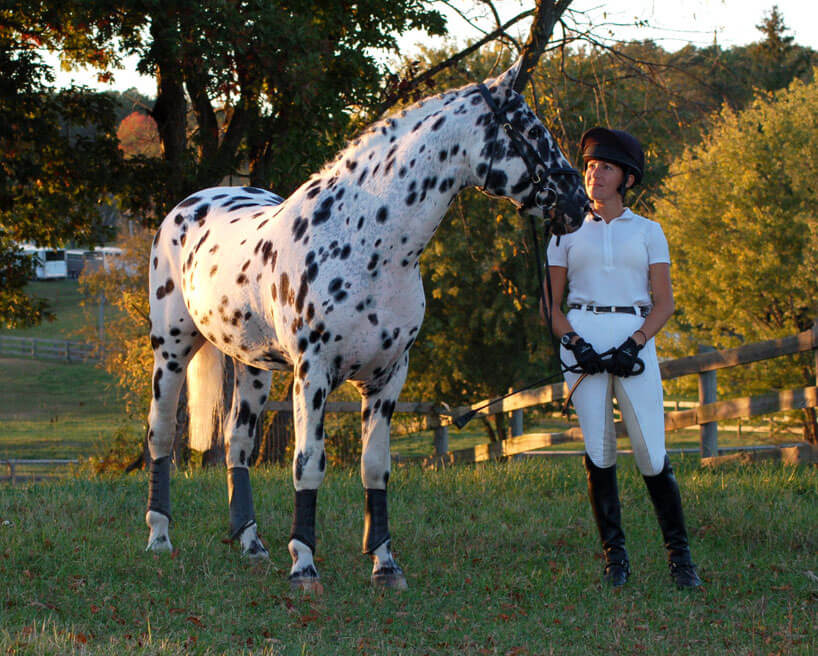 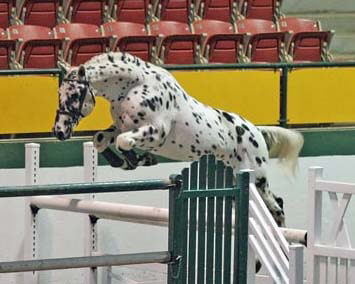