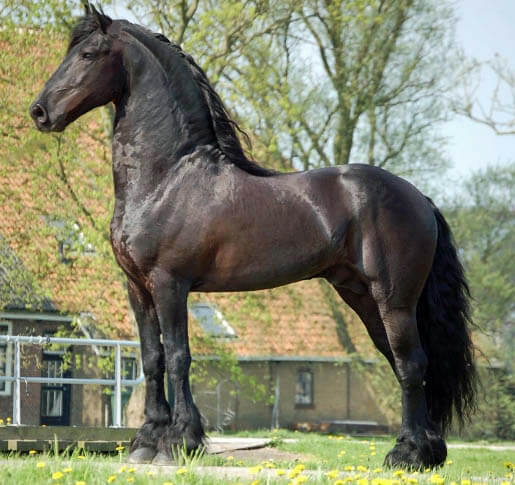 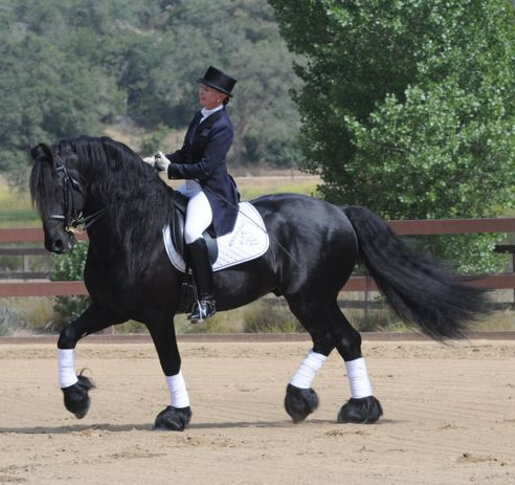 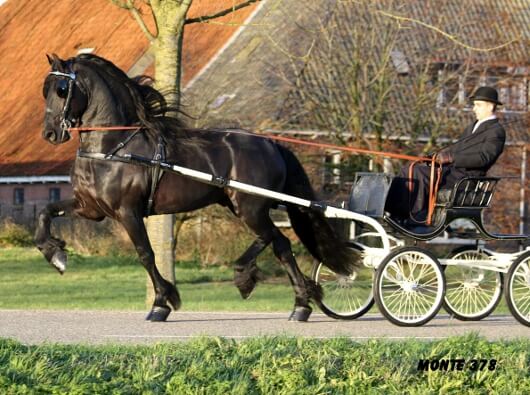 Monte 378 (Sport)* is the stallion currently in use in our Stonewall Sporthorse breeding program. The numbers after his name indicate he is an approved breeding stallion, an elite representative of his ancient and noble breed. The Sport predicate reflects his superior performance in harness and dressage, as well as his attributes as a sire of modern sporthorses. Monte also has the distinction of being so desired as a breeding horse, that after his export from the Netherlands to North America, he was repatriated to Holland to continue his stellar breeding career. Monte was again exported to North America when he was purchased by Friesian Focus Farm in Murrieta, California. He stands at stud there exclusively to approved Friesian mares (* unrestricted frozen semen is occasionally available via the internet.)

We are delighted to own his unique daughter, Stonewall Montelena.Our three look-alike full sisters, Calypso, Samba and Minuet have 2018 foals by Monte. Monte is the son of the influential sire Teunis. The imposing Monte stands an impressive 16.1 hands, with extraordinary presence and spectacularly animated movement. Foaled in 1996, he remains an active, vigorous breeding horse at twenty-two years of age.

Monte was approved for breeding in 2000 and approved on offspring in 2005. He received his sport predicate in 2008, reflecting an exceptional career as a show horse in hand, in harness, and as a superior dressage horse under saddle. We welcome the influence of Monte on the Stonewall Studbook. His daughters cross particularly well with Michiel 442 Sport, the next Friesian stallion we expect to use in our Stonewall Sporthorse breeding program.