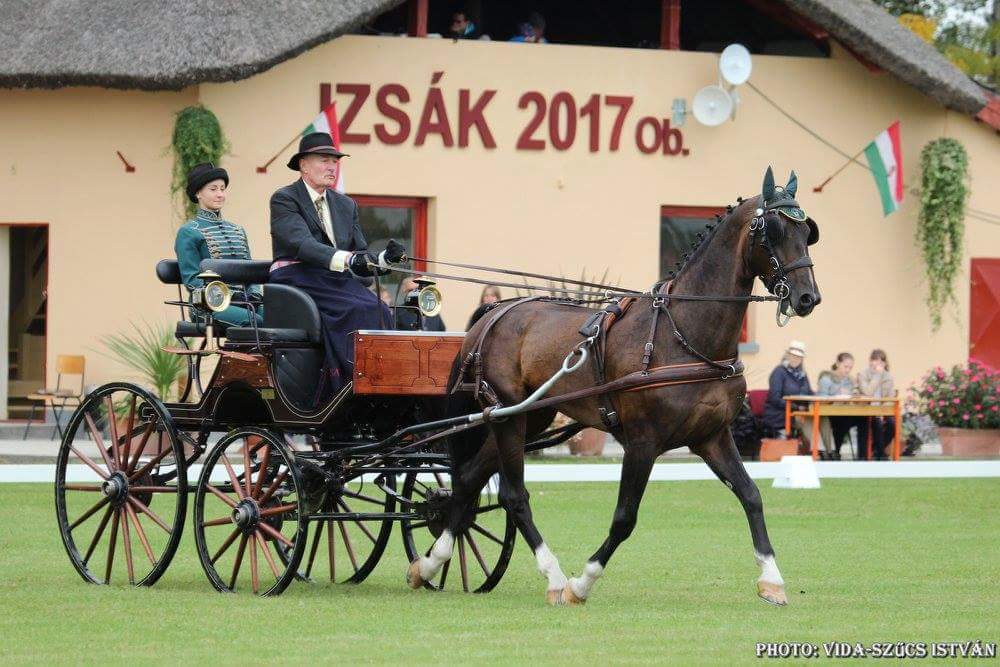 At this writing, September 18, 2017, I have arrived in Budapest to compete for the United States in the Para Combined Driving Championship in Izsàc. This venue is also hosting the Hungarian National Driving Championship. Talented whips and dazzling horses are converging here from across Eastern Europe, home to many legendary drivers and their equally talented horses.

It isn’t possible to take a home-bred Stonewall Sporthorse to Europe this year, so I will be competing with a borrowed horse. I am stabled at Dobrovitz Lovasfarm, the home of Jozsef Dobrovitz, the World Champion Four-in-Hand Driver, and the rising star, Jozsef, Jr.

My heart is still beating a bit faster from my first drive with “Vodka”, an imposing Dutch Warmblood (KWPN) registered with the FEI as “Waltstar”. This towering bright bay gelding is the horse chosen for me by Jozsef.  Vodka is an honored veteran of the World Equestrian Games, the World Carriage Driving Championships and every important International competition held in Europe in recent years. He represents why I have such appreciation for horses from the Netherlands.

Vodka exhibits all the traits I value as a lifelong breeder of horses. He represents all the qualities I seek to infuse in the production of Stonewall Sporthorses (except for the trademark black points and leopard spotted coat!). Vodka is big, handsome, kind and light in the bridle. He is brave in the hazards and precise in the obstacles.

If we don’t do well in Izsàc, it won’t be Vodka’s fault. Will I be toasting to celebrate, or to drown my sorrows?